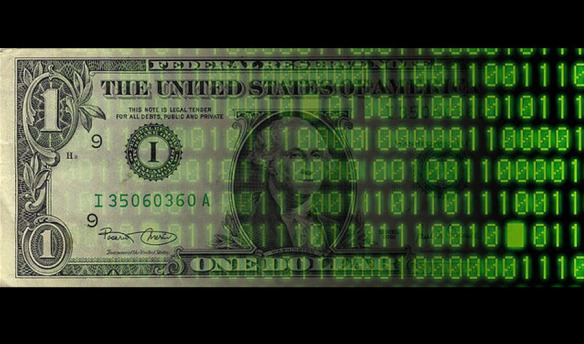 In the centralized banking systems Governments have control over standard currencies like the USD or GBP through the printing of flat money, this money is then used in the real world as a mode of payment in exchange of goods or services. However, in the digital realm where all things are virtual the problem arises regarding the payment method in exchange of digital information or services- to counter this issue cryptocurrencies were introduced. Essentially cryptocurrency is digitally converted lines of code having monetary value.

Cryptocurrency as the name suggests is a digital currency medium like the USD but designed used for exchange of digital information but not without applying certain principles of cryptography to make it secure. The unit used in the process are ‘coins’. Cryptography is used to control the creation of new coins as well as to secure the transactions.

The first cryptocurrency to be introduced was the Bitcoin back in 2009 followed later by hundreds of others which are often collectively referred to as Altcoins. Unlike the centralized banking systems , the government has no control over the cryptocurrencies as they are full decentralized making these currencies safe from government interference or manipulation . Due to the anonyms nature of transactions and lack of centralized control these cryptocurrencies are well suited for certain nefarious activites like money-laundering and tax evasion. Another major difference is that most cryptocurrencies are designed to decrease over time like Bitcoin will never have more than 21 million coins unlike the flat currencies which can always be reproduced .This creates a market cap on them with one of the altcoins named Litecoin reaching a market cap of $1Billion. Bitcoin even though is the largest cryptocurrency in terms of market capitalization, volume, acceptance and notoriety, but it's not the most valuable coin.

The part of maintaining this system of transactions is done by a community of members of general public that have set up their computers or ASIC machines to take part in the processing and validation of these transactions do so , they are known as the cryptocurrency miners .While hundreds of cryptocurrency specifications exist , most of them use one of two protocols : Proof-of-work or Proof-of stake.

A major disadvantage that is accompanied by the use of this system is that since there is no central repository, unless a backup copy of the holdings exists a user’s cryptocurrency balance can be wiped out by a single computer crash. Also since the prices are based on demand & supply the exchange rate of these currencies can fluctuate widely. However this system is quite popular as due to minimal processing fees the user can avoid heavy charges imposed by banks and other financial institutions.